Rehabilitation / reconstruction institutions are employing quite a number

of methods designed to train patients to acquire the necessarv motor skills.

to motor learning in patients after suffering traumas, diseases such as infantile

involving the assistance of a kinetotherapist (with the patient held by his arms and pushed to stimulate his movements, while controlling the position of his leg and helping him hold his balance) and methods using suspension in “collars” and corsets of various designs.

A serious disadvantage of such methods is the lack of effective means allowing the sick child to copy the natural motor skills of a healthy person, since it is only by means of the hand and by verbal directions that the patient is governed. It is very difficult to control the correct posture of the leg.

Such methods are not adequate for a mentally deficient child.

The essence of TANDO therapy resides in that the patient is forced to repeat natural motional cycles transmitted, through mechanical coupling, from the respective part of the body of a healthy person called the TANDO therapist, or instructor.

In other words, the patient positioned in front of the TANDO therapist is connected by a rigid mechanical coupling to form a single tandem with the latter (Fig.1). The instructor`s arms, legs, trunk and head are tied to respective parts of the child`s body. Any movement performed by the TANDO therapist makes the trainee perform a similar movement, by virtue of an appropriate motion-transmission mechanism.

There is a variety of mechanical coupling types which may be used either jointly or separately, depending on which motions are to be taught. Fig.2 illustrates, by way of example, the connection of the trainer’s and the child’s fingers.

Children with severely retarded mental development and paralyzed extremities are known to lead an essentially motionless life, their movements

looking unnatural. The immobility results in muscle atrophy, and the unnatural

movements turn into the “natural” stereotyped pattern which is extremely hard to correct. Therefore, it is preferable that a child be connected in tandem for the whole day (with the exception of the rest hour and the night sleep) for a period of weeks, months and may be even years.

In his article “Hopeless is by no means doomed” published in “Izvestiya” in 1991, I.A.Skvortsov, Professor of the Paediatrics and Children’s Surgery Research Institute (Moscow), wrote about a group of American scientists working at the problem of reconstruction of the human potential, who claimed that in early childhood there are no such states when an individual cannot be cured. If a blind child is subjected, day after day, to visual stimulation and an immovable child is persistently taught to crawl by moving his arms and legs, the function is ultimately awakened.

TANDO method splendidly corroborates this assertion, since the mechanical coupling permits all the everyday actions to be performed, namely: washing one’s face and hands, drying them on the towel, running, skipping with a rope, and many others. Thus a child is trained to cope with a practical motional task and, if necessary, to change a wrong stereotype.

The TANDO therapist is subjected to substantial physical stresses. But if we consider that in the Middle Ages, the knights carried armour weighing 100 kg. and the weight of a child is much lower, it may be concluded that this method is quite acceptable to a trained man. It goes without saying that only those instructors who have worked out special tricks to safeguard them from accident in case of an eventual fall, must devote themselves to the cause of TANDO therapy.

Finally, another positive factor should be mentioned. The tandem contributes to the mental development of a child. In fact, the trainer can explain to the trainee, which slope is steep and which is not, how it is to run fast or slow. etc. The presence of a TANDO therapist makes it possible for the child to take part in the games of other children.

One single article fails to describe all the techniques and details of the method of TANDO therapy. Some questions are still left without answer. But one point is clear: you may be certain that it will be a valuable addition to help us overcome or substantially minimize the consequences of the infantile cerebral paralysis, mental retardation and other diseases. 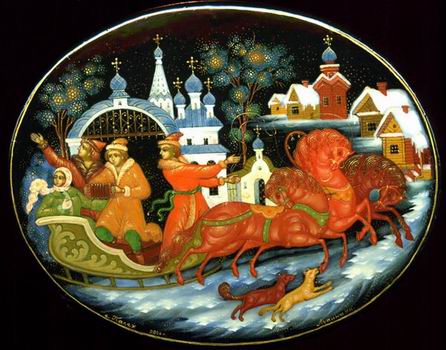